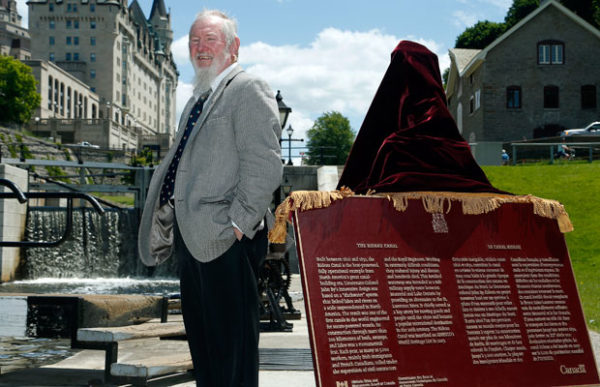 One of the few Ottawa monuments that commemorates workers 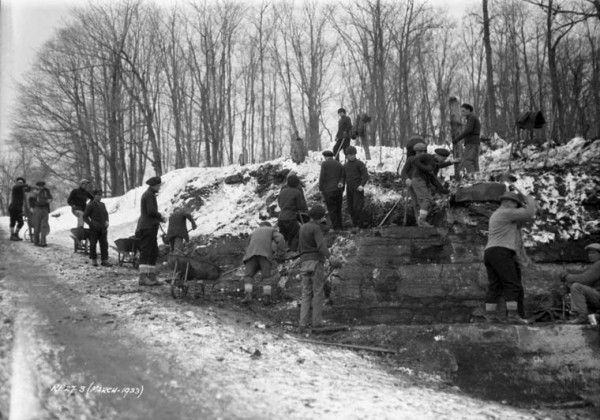 In the 19th century, the English regarded both the Irish and Africans as racially inferior 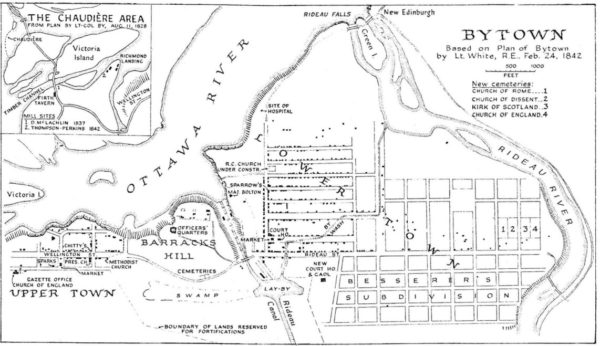 This map, found on the Bytown.net website appears to be a redrawn version of an 1842 original made by a British army officer. Assuming the latter day version remains true to the original, which I have not been able to find, the map tells us colonial officials expected the working class occupying ‘Lowertown’ would be far more numerous than the wealthy residents of ‘Uppertown’.  Of course these days, few Ottawa residents are aware their city was originally designed to have an upper class enclave called ‘Uppertown’.