So here I am, a long-time Ottawa political activist starting a new business – something I never thought I’d do.

With Peoples’ History Walking Tours of Ottawa, I aim to satisfy the needs of visitors and residents alike to know more about the history of this city. Furthermore, I will do it – to the extent possible – by bringing people to the locations where historical events took place. This is ‘show and tell’ history informed by an understanding that history looks very different to the elite (from the top-down) that it does for the rest of us.

Peoples’ History, often referred to as ‘history-from-below’, is history with all the messy complications left in. It remembers those who opposed the decisions and actions of the elite along with the dissidents and radicals who gave voice to that opposition. For the past few months, I’ve immersed myself in the world of secret societies among nineteenth century Irish immigrants, unions of the unemployed during the great depression, and the tactical debates among feminists who shut down the House of Commons over access to abortion. 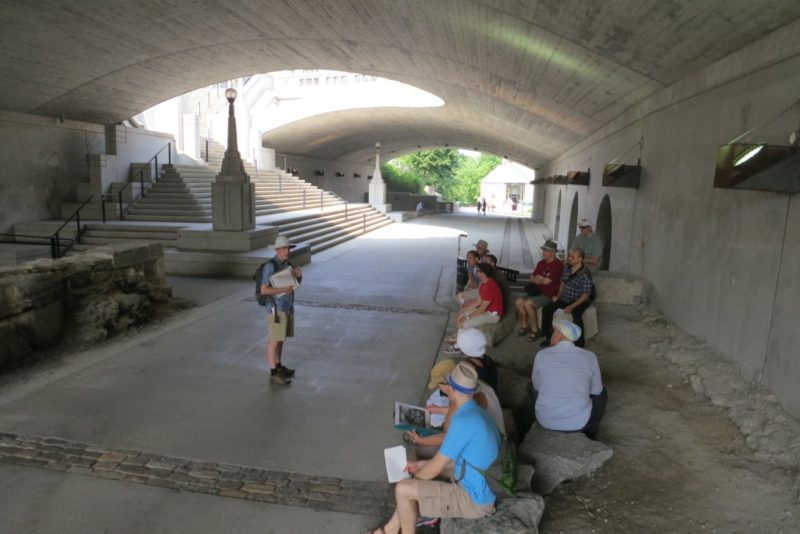 I’ve done my first few practice sessions, and now I’m rolling out my first two tours: one on the building of the Rideau Canal and the other about the history of protest in Ottawa.

While preparing for the launch, which happens during the Peoples Social Forum this week, I’ve been thinking about Orwell’s comment on the relationship between history and politics. He was right; interpreting the past is closely linked to contesting the present in order to shape the future.

Through the media, and the school system, Canada’s elite ensure we get a sanitized version of history, all about the wise decisions and actions of politicians and businessmen. That greatly limits the range of options for present day decision-making. When common people make it into the official story, as we have in recent media discussion about World War I, it is invariably because we loyally followed the directions of the elite, even when it resulted in many thousands of deaths.

Dig a little deeper into a major historical event like World War I and the story gets more complicated. Recent media coverage about the centenary of World War I has not discussed complications that are uncomfortable for Canada’s elite: the imperialist rivalries that ‘caused’ the war, the business profiteering that undermined the troops, the racist internment of ethnic groups deemed to be disloyal, and the mutinies that occurred, including the 1918 mutiny by German sailors that triggered a revolution and ended the war.

Peoples’ History Walking Tours will contest the official story about aspects of Ottawa and Canada’s past to encourage critical thought. I take my inspiration from the efforts of a growing number of political activist/tour guides around the world who rely on history-from-below. Like Orwell, they understand that history and activism are necessarily related to building a better future.